A little while ago (April 2018), as many followers may already know, the Kraamkliniek (Birthing Clinic, Curacao) and Curacao Nasemento (previous name of First Impressions Photography) have banded together to create a joint action. The Kraamkliniek gave away a free birth session in a bath tub and Curacao Nasemento gave away a free birth session, video and photography! Well, we received LOADS of reactions. And man, what was it hard to choose just one winner… but in the end, Zusje was picked and the only thing we had to do was wait patiently. 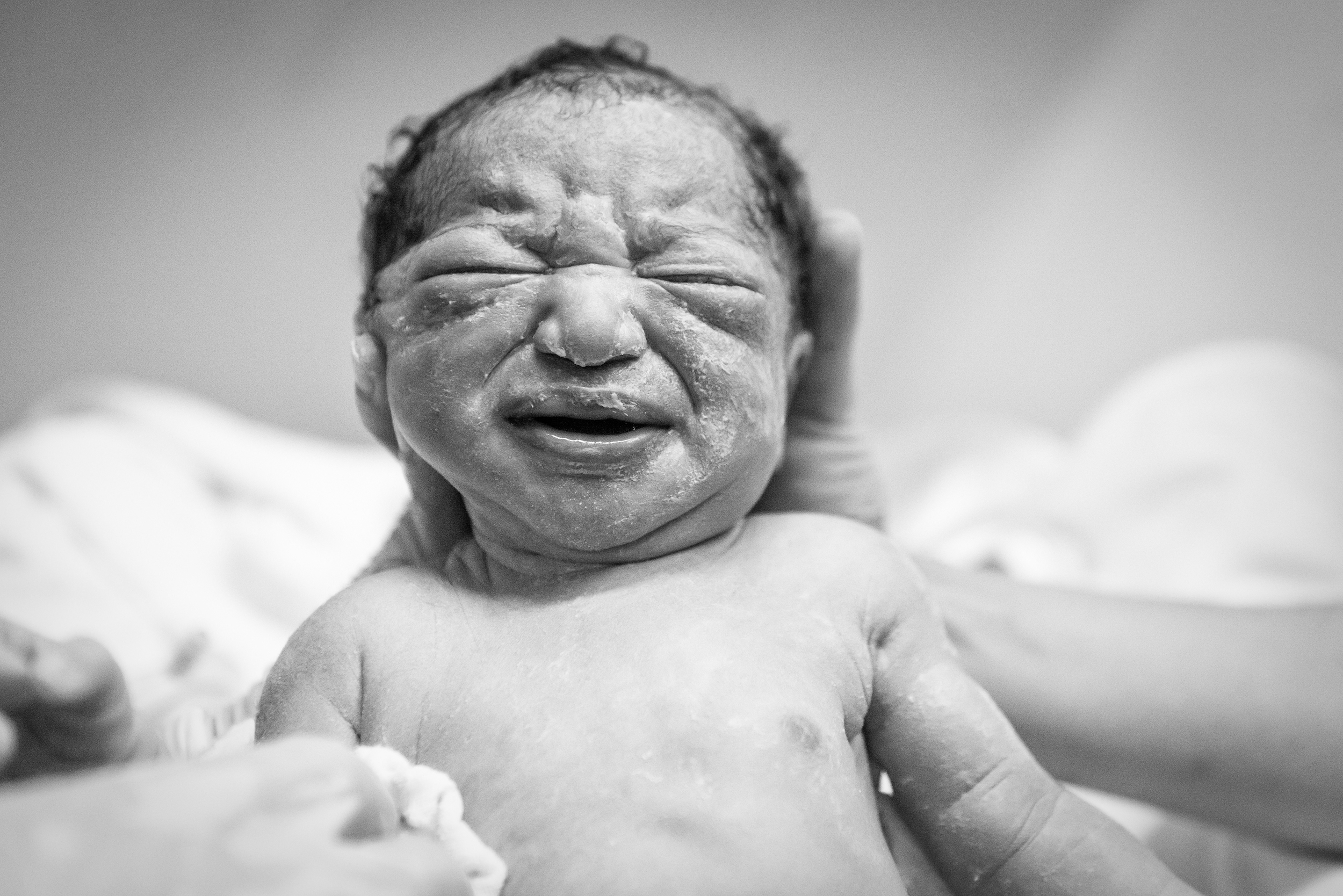 In the evening of April 20th 2018 it was finally happening! People say often that most baby’s are born at night and that was also the case this time!

I wasn’t the only one who was ready. There were many people present at the clinic. Ofcourse the mom-to-be was there with her husband but also some other family members. And the clinic was well staffed too! Two midwifes and three nurses were on duty. Not because the had too but because it was a special occasion. Water births are not so common on the island so everybody was eager to be there.So with 9 women and 1 man we were ready for what was about to happen.

In the meantime, momma was super relaxed. At 0:30 hours she took her position in the bath tub. What’s nice about being in the warm water is that it makes it easier for you to move, especially if you want to change positions every five minutes!
As Zusje was relaxing and chilling in the water, jokes were cracked and water was splashed around. Every now and then contractions were a sign that we were there for a reason. For Zusje this is not her first baby, actually, this was number four! So, needless to say that she already knew what was coming. After an hour or so the contractions became more intense but the dilation was not complete so we just waited patiently.

Just past half past one in the morning the midwifes decided to break the water and a little while later, the dilation was complete. As soon as Zusje was told the she could start pushing, the baby emerged. Literally two pushes later, the little baby girl was born at 1:50 AM. By the way, did you know that water births are more relaxed for the baby than when they are born the ‘normal’ way? The transition form a warm water environment to the next warm water environment makes it almost natural. That is why water-babies when the come out, are usually more relaxed overall. That was also the case for this baby. She was a little confused and forgot to start breathing at first so she needed a little help. As soon as she figured out what to do, she was put back on mommy’s chest and could finally be admired from head to toe by her mom and dad. Bon bini dushi baby!

After weighing and measuring, the little girl went back to mommy for her first breastfeeding moment and after that… the lights went out. It was a smooth, swift birth. Just before 3:30 Am I was back in bed . As if I had not gone anywhere…